The old city of Segovia, about 90 km north of Madrid, is best known for its aqueduct, but this historic city is full of architectural curiosities, such as the ornamental façades and geometric textures on the walls of many of the houses, the strangest of which is Casa de los Picos, or the “House of Peaks”. The façade of this house is covered entirely by granite blocks carved into pyramid-shaped reliefs. There are more than six hundred pyramids jutting out of the walls giving the impression of a giant cheese grater.

The house was built in the later part of the 15th century by Segovia's Governor D. Juan de la Hoz. Over the years the building has gone through several public and private ownerships. In the 70's the building was transferred to the Ministry of Education which restored and revamped this historic building, and now it houses the Segovia School of Art. 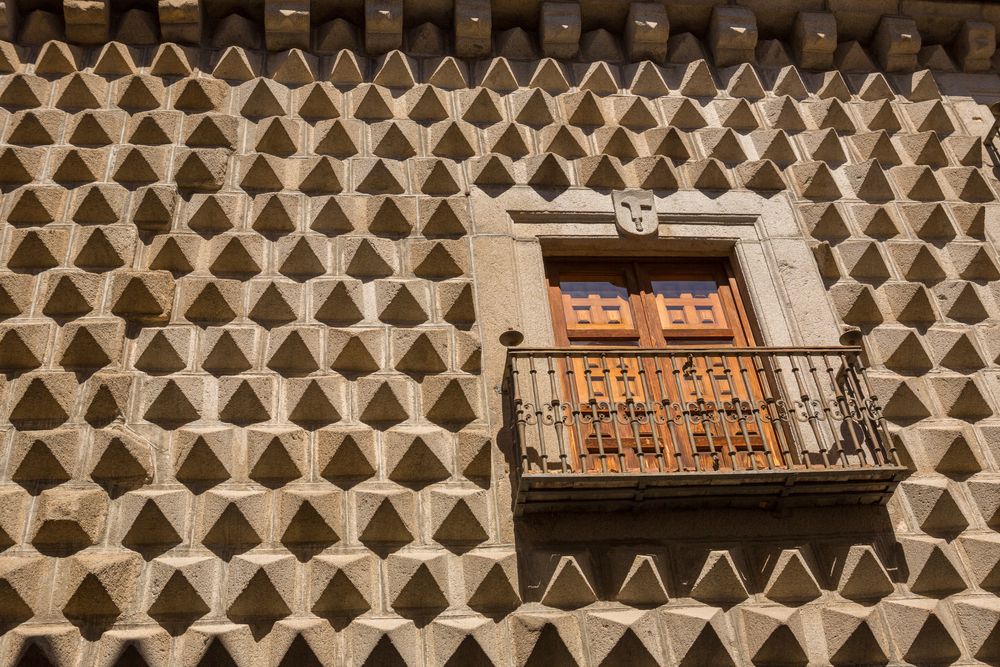