Vladimir Ilich Lenin, the founder and first leader of the Soviet Union, lives on in the hearts and minds of the Russian people, but also in one little-known geoglyph in the country’s Siberia region – pine tree forest that spells “Lenin” in Cyrillic letters.

Russian photographer Slava Stepanov was planning a business trip to the city of Omsk, when he remembered a fascinating Google Earth satellite image captured in that region a few years earlier. Taking a day off from work, Stepanov decided to drive to the town of Tyukalinsk and look for a very common-looking grove on the outskirts of the settlement. Planted in straight rows, typical for man-made forests, the pine grove only revealed its secret when Stepanov released his drone to get a view from high above. 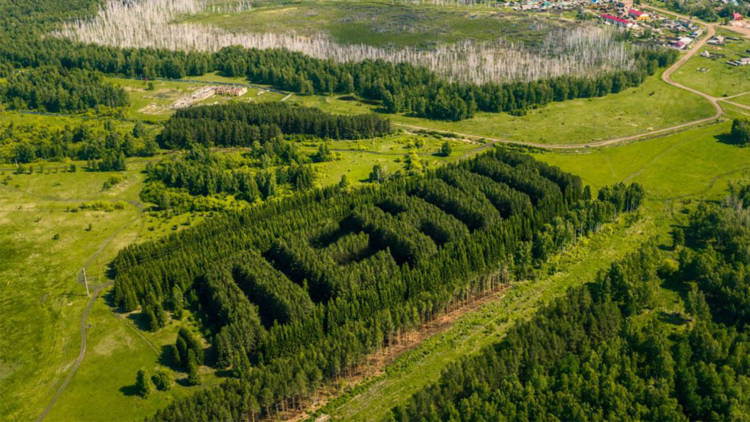