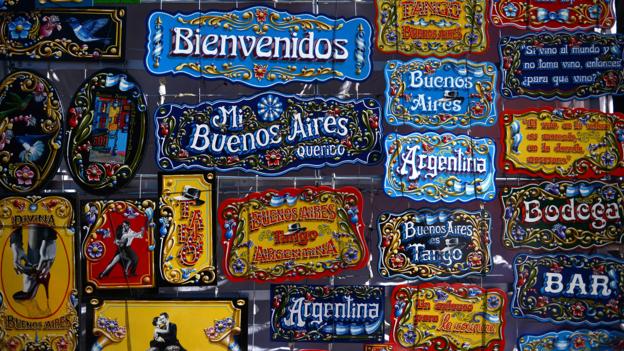 Take a walk along Buenos Aires’ cobblestone streets and you will likely encounter one of the city’s most iconic trademarks: the fileteado porteño. Characterised by its colourful swirls – filetes – artistic lettering and flowery motifs, this popular decorative art can be found almost everywhere in the Argentine capital, from building facades to taxi cabs to tattoo parlours. But it wasn’t always like that.

Fileteado originated at the beginning of the 20th Century in Buenos Aires’ wagon factories when Italian immigrants started to paint the sides of these traditionally grey carriages with simple lines and adorning elements. Over time, fileteadores (the artists) added more complex components to their work, such as light-and-shadow effects, flowers, plants, animals, ribbons and popular sayings in Gothic-style typography, which all characterise the art today.

As the artform expanded from horse-drawn carriages to store signs and more modern vehicles, it became looked down upon by Buenos Aires’art elite. In fact, in 1975, the city passed a law banning the paintings from the city’s buses, claiming it was potentially distracting for drivers. The law was only repealed in 2006. The 31-year ban, combined with a subsequent economic crisis in the 1980s, caused many of the studios that once employed fileteadores to close. But fileteado has experienced a resurgence in recent decades, with artists sourcing alternative canvasses for their work.